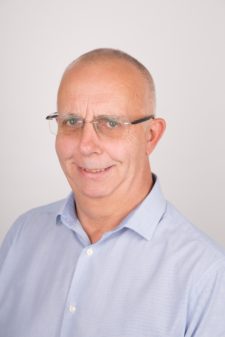 Simon graduated from Southampton University with an honours degree in electronic engineering in 1978. He worked as a Professional & Technical Officer for the UK MoD and then as a design engineer and technical manager with a number of companies including Racal and Ferranti before joining the Health & Safety Executive (HSE) in 1992 as a specialist inspector (electrical & control systems).

His role with HSE was to support HSE’s regulatory activities including safety case assessment, inspection and incident investigation across a wide range of industrial applications including general manufacturing, chemicals and petrochemicals. He also served as an inspector for the Channel Tunnel Safety Authority.

During his time with HSE Simon served on a number of influential bodies. He was a member of the IEC working groups responsible for IEC 61508 and IEC 61511. He was a member of the Institution of Measurement & Control Safety Panel and the IET advisory group on Electromagnetic Compatibility. He was the principal EC&I advisor to both the HSE Offshore Division Deepwater Horizon review group and to the Buncefield Major Incident Investigation Board. He was a member of the API working group responsible for API 2350 Petroleum storage tank overfill prevention systems and was chair of the offshore oil and gas International Regulator’s Forum (IRF) sub-group on standards.

Any cookies that may not be particularly necessary for the website to function and is used specifically to collect user personal data via analytics, ads, other embedded contents are termed as non-necessary cookies. It is mandatory to procure user consent prior to running these cookies on your website.