On our second “Meet the ESC Team” article, we will be sharing a bit of David Green‘s story, and his life with diabetes. 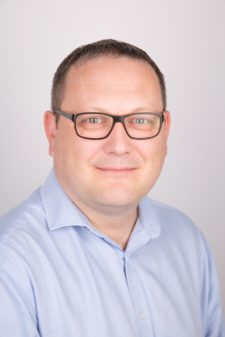 March 2019 marked the fifth anniversary of David’s employment with ESC. Prior to joining ESC, David was a Senior Instrument Engineer for Essar Oil UK Limited at Stanlow Refinery. David has worked in the industry since the age of 16 when he left school and became a Modern Apprentice for ICI.

In October 1996, David was diagnosed with Type 1 diabetes while working as an Instrument Artificer at ICI Chemicals and Polymers. At the time he was much slimmer, and his daily routine included significant exercise. The cause was never established, although doctors suspected that a heavy cold/ flu symptom may have triggered the condition. Type 1 diabetes is generally a genetic condition and not related to diet or lifestyle. The normal age for onset is either in early teens or the 40s. David was in his 20s, an age in which it was not expected to occur.

Throughout David’s career his Diabetes has not really stopped him from doing anything although during his time at ESC there have been restrictions in travelling off-shore, which is understandable due to the medical back up not being available in the instance that support is required.

Outside of work David has been active with many hobbies – Scout Leader, Motorsport Marshal, School Governor, InstMC committee member, Parent Teacher Association member – none of which have been an issue with the Diabetes (even when lifting, carrying and pushing cars has been required).

‘I have been fortunate in that my work colleagues and managers have been very understanding in managing my Diabetes, not complaining with random blood tests to check everything is in the correct range.’ – David Green

The management of David’s condition has changed over the years. The advance in technology has been massive in a relatively short period of time. The treatment of Type 1 is the use of insulin, the delivery of which has progressed from having significant delays in taking effect, with peaks after a period of time, to being almost instant in effectiveness with a much smoother useful life.

The introduction of new technologies, such as Insulin Pumps and Continuous Glucose Monitoring, is advancing to more ‘artificial pancreas’ traits. The NHS has been extremely important in his treatment and David thanks them immensely for their support and on-going treatment; let’s hope that this continues for all. 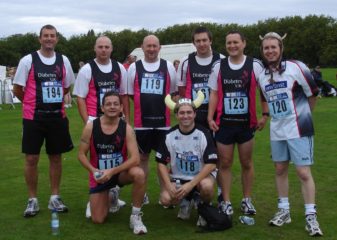 ‘Before’ Liverpool 10k for Diabetes UK

In his life with Diabetes, David has conducted over 40,350 blood tests, had 32,500 injections and been on an insulin pump for 52 months. He has been fortunate to be supported by a number of organisations, including Diabetes UK, and healthcare professionals. He is involved in several Facebook communities where others with the condition can support one another. 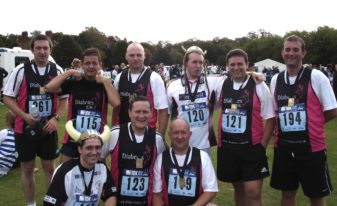 ‘After’ Liverpool 10k for Diabetes UK

Marking 10 years since his diagnosis, in 2006, David ran (sort of) the Liverpool 10k for Diabetes UK, with a team of seven friends raising over £700.00 and to mark 21 years since diagnosis, in 2017, David took part in the Diabetes UK 1 Million Step challenge with his wife, brother and sister-in-law, raising over £600.00. The fact that David was working for ESC at the time resulted in the steps being conducted in 92 days across 12 counties and five countries.

A trend is happening here with less strenuous activity for the challenges, although the 1 million steps was a far bigger challenge than the 10k run. Who knows what the challenge will be for the next milestone of 25 years in 2021!